Mantra is a powerful way to get peace with planets

How i will choose rudraksha based on rashi

Venus in Astrology and mythology

Venus is positioned second to sun in the series of planets from sun. Venus orbits sun in 224.7 Earth days. It is also the brightest natural object in the sky after moon.

As per the old stories or Indian mythological stories, Venus is the son of Rishi Vrigu. Astrology was very well known to father of Sukra and so well to sukra himself. Sukra chosen to be guru (master) for Asuras ( Demons). He prayed to Lord Shiva and got knowledge of recreation or giving life in objects. After than Venus was able to give life to the Asuras who were dead in battles. With the non dying Demons, the fighting Devatas got impatient and planned a trick. They sent Kaca to be student of Sukra. Kaca is the son of Jupiter, the lord of Devatas. Sukra's daughter Devayani liked kaca.The demons after knowing all about the trick killed Kaca. Devayani requested father and Kaca was alive again with the mantra power of Venus.Demon kills again and the story continues to make Kaca alive. The demons killed kaka and grind and given to Venus as a drink after mixing with wine. Devayani this time requests father and Venus gives life to Kaca without knowing his existence. Now Kaca is alive in Jupiter's stomach and is ready to come out. Venus now told the way to give life to Kaca and died so that he can be again given life.

What we get from cut test of rudraksha bead

We have previously discussed on different ways to test rudraksha bead. The issue for testing rudraksha bead is to ascertain the genuineness of the bead. The identification of genuine rudraksha is not that much complicated. But testing it is bit tough. There is no need for making any expensive tests for such. We can find many simple tests for ascertaining it. In the following paragraph we will be describing about cut test of rudraksha bead. Cut test is a sure experiment which gives perfect certainty.

In cases, where we have doubts on the results from other rudraksha genuine test, then we can make this cut test. This is destructive test. We can cut the bead and test as below.

Pin used to do rudraksha capping

These days we see two types of cappings that are applied to rudraksha beads (only single bead is worn in a mala). 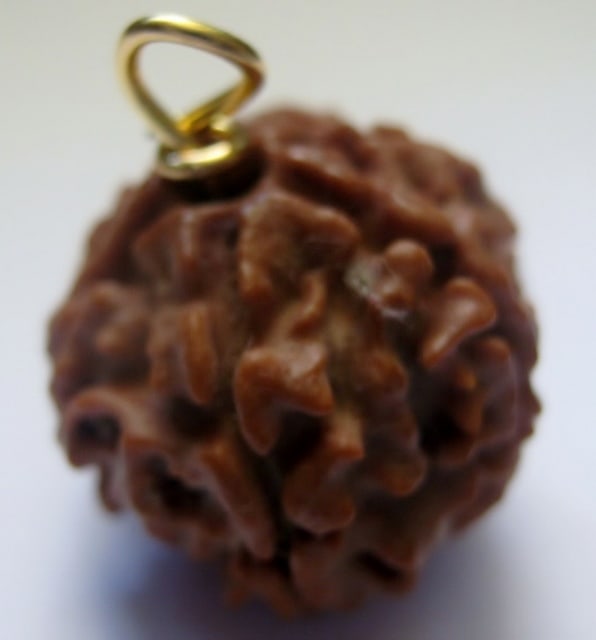 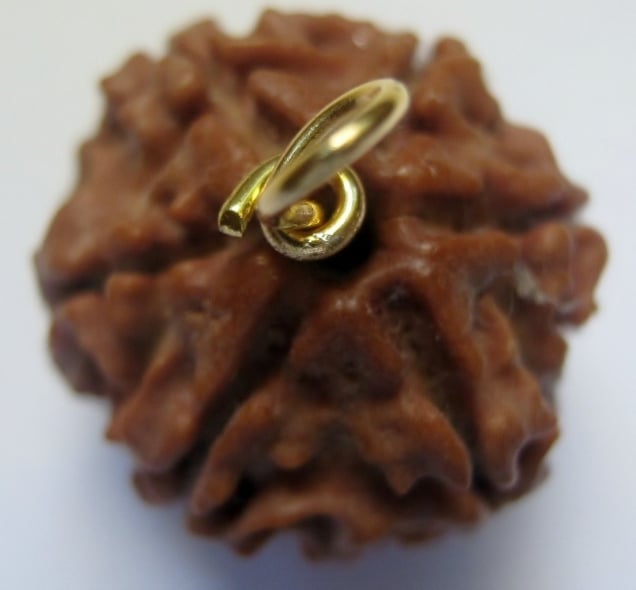 Here one pin is inserted through the center hole and a circular shape at one end is made for thread pass through. 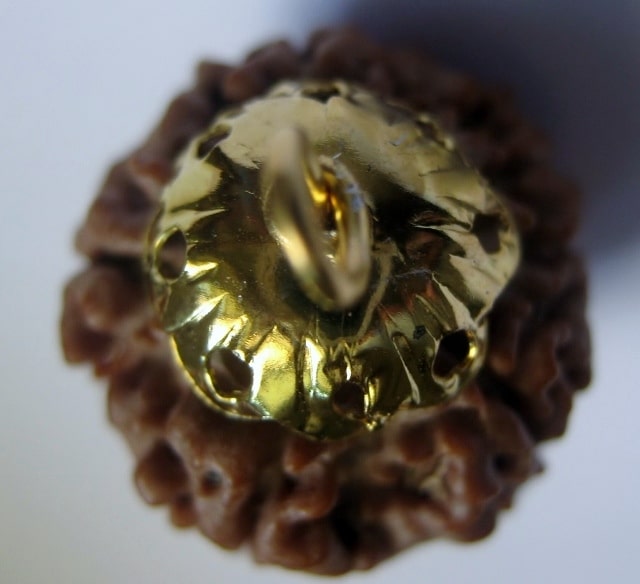 Here one pin is inserted through the center hole along with two immitation circular caps at both ends. Then one circular shape is made at one end for thread pass through.