The History Of The Sacred Banyan Tree

According to Hinduism the sacred vata vriksha or the Banyan tree is the most important among the sacred trees. This sacred tree symbolizes Brahma, Vishnu, Shiva, Sasthi, Krishna, Lakshmi and Kuber. In ancient epics like Ramayana, Uttar Ramcharit is mentioned about this tree. The Banyan tree scientifically named Ficus benghalensis is considered immortal and is revered since the Vedic periods. In Buddhism it is said that Lord Buddha had attained enlightenment under the Banyan tree. In Hindu religion vata vriksh is perfect for meditation. The oldest vata or banyan tree is found at Prayag on Allahabad where the three sacred rivers meet.

There is a story about the origin of the vata vriksh. It is said that once lord Shiva and his consort Parvati were engaged in amorous dalliances in an isolated place. Then Agni came to crack a joke on the instigation of Trinity Brahma, Vishnu and Maheswara. This made Parvati angry and she cursed the instigators and metamorphosed Lord Brahma into palasa, Vishnu into peepal and Maheswara into Vata.
The trees are named in different languages. In Sanskrit and Bengali is called vata or Akshya vata, in Gujarati Vada, in telugu peddamati and in Hindi it is called Bar.

The women of Maharashtra and Gujarat are worshiped to vad or vata as a part of Hindu rituals on the 15th day of the jyestha month. In eastern India on the special occasion of sasthi puja the branch of this is compulsorily used. The Bengali people worship the vata vriksh as the lord Brahma on Saturdays during jyestha.

In the savitri and satyaban story, when savitri lost her husband as destined one year after her marriage near a Banyan tree. She followed yama to the land of the dead and through determination and intelligence managed to secure back her husband’s life. In memory of that event, the vata savitri puja became popular among the Indian women who keep this fast for the longevity of their husbands. They are protecting themselves from widowhood which is believed to be worst fate for Hindu women.

Sri Chakra or Sri Yantra is a symbol of both universe and its cause. It is explained as a divine geometry and has worshiped in a special manner throughout India. It is worshiped by one and all for bestows wealth, health and above all salvation. It is the blueprint of all creation and holds supreme order and mathematics within its form. It is found in all states of India.

It is built of two sets of triangles. One set is composed four male or Shiva triangles called Shrikanthas denoting four aspects of consciousness power and the five female shakti triangles denote the five senses of knowledge, action and five gross forms of matter. These two set of triangles are signifies the union of Shiva and Shakti. As so united they make the figure within the eight lotus petals in the yantra. Outside of these there are sixteen other lotuses. There are some more lines is called as Bhupura.

Keeping the yantra and not worshiping bring negative effects to the home. One should use sphatik Sri Yantra to get household benefits. For money a silver sri yantra is worshiped. It is very important to chant “om shrim hring shrim mahalaxmaye shrim hring shrim namah” for 108 times. The yantra will become siddh and getting magical benefit from this.

Sri Yantra has 9 types of energies in it as follows.

Salagrama silas are sacred black stones which come from the Gandaki River valley of the Himalayas. The qualities and characteristics of the salagrama sila are not found anywhere except in the Gandaki religion. It is the holy and powerful stone which never needed more prana pratistha as salagrama is Lord Vishnu himself. Salagram is Lord Vishnu pattern like linga is pattern of lord Shiva. Sri Salagrama is a smooth black colored shila by nature. Salagrama is worshiped by Hindus mostly Vaisnava and lord Vishnu devotees.

Salagrama sila had huge respect in vaisnava sampradaya. In Ram navami, Krishna janmasthami salagrama stone is worshiped as lord Vishnu. Salagrama is worshiped by hawan, yagna, sloka mantra, bath with ganga holy water and panchamrita every year. Salagram is daily worshiped by abhiseckham to please lord vishnu. If we keep Tulsi and Salagram together it willn’t creates poverty, unhappiness, fearness in that house.

Salagrama is found with one or two or three chakra to unlimited beautiful chakra marks. Every chakra is described as different names of lord Vishnu. It is also found with marks like sankha, gada, hole, different sizes and colors like red, yellow, mostly black etc. 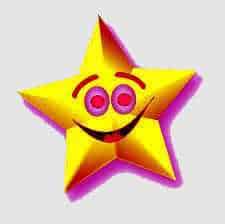 We often listen to the Word 'Star' and in many situations we are asked to tell what our star is. I mean in the context of Astrology such as

But what is this star - in Sanskrit we say Nakshatra, Tara etc...

But in English the word Star is referred in the sense of a Planet as well, but here our context is only Nakshatra..!!

In Indian/Vedic Astrology we have 28 stars, out of which 27 stars are used for predictive astrological purpose but other 28th is used in Muhurtha purpose due to several other Vedic reasons.

Let us think now what a star is? - is that something which is glowing brightly in the sky or anything else

Yes they are something which are in the sky... But if we think each Nakshatra as only one star (numerical) then we need a better definition to understand an astrological star. In other words star is called as asterism i.e. group of few stars that form a shape, to understand in-depth qualities of any star we should also consider the shape formed by the asterism in to account.

Each Star has several things to know about such as degree position in zodiac, Sign placement, lord, tatwa, gana etc... likewise some 20+ parameters are there. Let us discuss each of them clearly from our next post onwards. Starting with Ashwini till Revathi.

Star is logically a particular portion of zodiac, in other words the sequential arrangement of stars forms zodiac. Both of these statements conveys same meaning.

So let us understand few things about Zodiac for now...

Each star has again 4 Padas

Each pada is 3Deg 20Min and each sign is 30 Deg So if we divide entire zodiac by 27 and each part is one Star.

Let us go on digging much deeper in to stars immediately after having a small introduction about the zodiac and 12 signs of it from the next post onwards.

Gayatri mantra is considered as the most important and sacred among all mantras in Hindu rituals. The material and spiritual benefits that it bestows are immense.  It is believed one of the oldest mantra which has also been chronicled in Rigveda. Its origin is attributed to the creator of the universe Lord Brahma.

The matra consists of the prefix om bhur bhuvah suvah, which appears in Yajurveda and the verse 3.62.10 of Rigveda. It is also the name of the goddess who is considered the personification of this mantra. Chanting of Gayatri mantra helps to increase the spiritual growth and wisdom. Deva savitur is invoked in this mantra, so it is also called savitur. Savitur is associated with sun or Surya dev.

It is a prayer to the divine the creator of universe, the essence of our life existence, who removes all our sorrows and grants happiness. The brilliance which may purify us and guide us on the right path.

Chanting of Gayatri mantra helps students to increase learning capacity and concentration. It helps as the mantra begins with Om that has a calming effect on the mind.

It is recommended that while chanting Gayatri mantra you should use a Rudraksha Mala. It is recommended to chant 3 rudraksha malas each in the morning and evening. Before recite this mantra the person should be in a comfortable seating position and must wear clean clothes.