Realizing self and the God 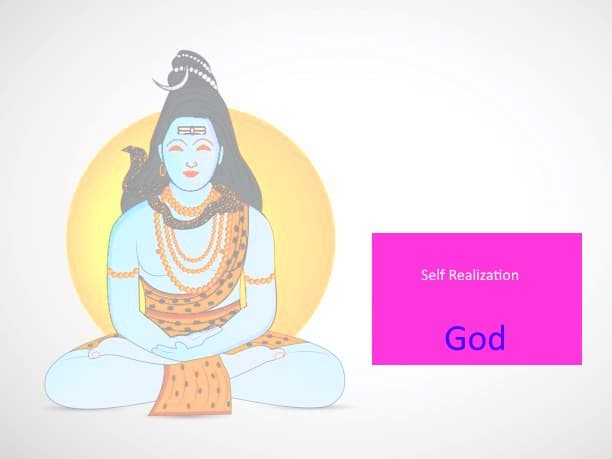 A soul that believes God, experiences God’s infinite power, knowledge and bliss continuously, is called God realization. When one realizes the God, he has to be very humble on it. The ego keeps the person from the state of consciousness. When one can identify with one’s highest self and remain in that consciousness forever, one can reveal and manifest it at one’s own command that is God realization.

When a soul started its cosmic journey, it was totally pure. In Hinduism, the first step towards realizing the self is claiming one’s identity as a spiritual being, a divine soul. Travelling spiritual path is essential for our atman...never the mortal human form. Assisting our soul for reaching cosmic end is our duty.
It doesn’t matter how many times we visit temples or church, or how many deeps we took in sacred Ganga river. The almighty can be only reached by the pure spirituality, path of jnana yoga and path of real wisdom.
The best way to attain God realization is attaining self-realization as described by the great soul like Swami Vivekananda, Ramakrishna. Each time one gets any other thought, one is required to carefully question, “From where does this thought arise” and seek its root. The same also mentioned in suta Samhita of skanda purana of Hinduism.
The goal of all creation is the happiness of god realization. The actual happiness which comes by realizing god is worth all physical and mental sufferings in universe. Then every suffering is as if it were not. The god realization is self-sustained, eternally fresh and unfailing, and indescribable.

So when you realize god you find him within your own being. The fact is that god dwells within each one of us, but we are not all dwelling god. So we have to be inside of religion and practice spiritual disciplines to realize the infinite God.
by Rashmita Nayak
Leave your comment
Blog search
Blog archive