Mantra chanting along with mala 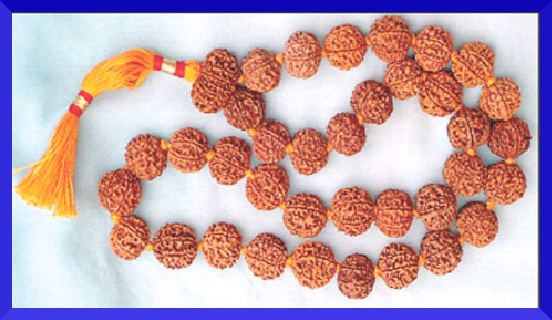 Shastra approved mantra chanting along with mala is very fruitful. It is clearly told by Veda, Vedanta, Upanishad and also by Jyotisha Shastra. Actually particular Mala or Bead are dedicated to particular god. These mala are made from trees. In Atharba veda, there is detailed descriptions on Banaspati usages. Rug Veda's astrological mantra and Sama veda's usage rules  & Atharba shastra's banaspati usages descriptions have further given credit to Hindu astrological thoughts.

Our religious writings have descriptions about rudraksha mala, Tulashi mala, Bilwa Mala, turmeric mala, red sandalwood mala,  and also about different useful trees. It has descriptions about their religious use and other benefits from medicinal view. These are also used for removing the bad effect of planets and to neutralize the negative effect of planets. These should be used as per rules and with care for getting desired result. It is most important to know all the usages and other rules before using them for the purpose. Jamun mala is also important as well.

Leave your comment
Comments
Prasad
2/11/2012 8:37 AM
There used to be different benefits from different type of rosary. The rosary with Tulsi beads have different spiritual purpose than that of rudraksha rosary.
Blog search
Blog archive