Rudra is Supreme soul, Supreme father. And in a clear wording "The God". God is not having a body and is a purest Supreme Soul. So Shiva does not have physical eyes. So the meaning of Rudra + Aksha will be "Which looks like Rudra and Soul". Here the Rudraksha are representing the souls. Different souls have different characteristics just like different Mukhi. And a little deep dive can explain more.

There are some explanations from Shastra, For me Sastra are not verified ones, They are the mythological stories. Generally Story tells / described one hidden meaning. So story are stories which has only one hidden message. You can refer the Shastra derives as below.

Listen. Rudra Deva spoke :– O Child Sadânana. I will dwell briefly on the secret cause of the greatness of the Rudrâksa seed. Hear. In days of yore, there was a Daitya called Tripurâ who could not be conquered by any body. Brahmâ, Visnu and the other Devas were defeated by him. They then came to Me and requested Me to kill the Asura. At their request, I called in my mind the Divine Great weapon, named Aghora, beautiful and terrible and containing the strength of all the Devas, to kill him. It was inconceivable and it was blazing with fire.

For full divine one thousand years I remained awake with eyelids wide open in thinking of the Aghora weapon, the destroyer of all obstacles, whereby the killing of Tripurâsura might be effected and the troubles of the Devas be removed. Not for a moment my eyelids dropped. There by my eyes were affected and drops of water came out of my eyes. Note here. How enemies are to be killed. It requires great thought, great concentration, great yoga and great powers. O Mahâsena! From those drops of water coming out of my eyes, the great tree of Rudrâksam did spring for the welfare of all.

0
Priyanshu
2 years ago
#7925 Quote
What is rudraksha
A rudraksha is the seed of the Eliocarpus ganitrus tree . It plays an important role in a spiritual life. It has other physical, psychological, mental benefits as well. The term Rudraksha, the name itself is built with two words – Rudra which stands for Lord Shiva, and Aksha which means tears of Lord Shiva. So generally the word symbolizes Lord Shiva himself.
0
Vishnu
2 years ago
#7933 Quote
Rudraksha is a seedling used as plea beads in Hindu Dharma. Rudra is the manifested form of Lord Shiva himself and Aksha translates to eyes; meaning, having started from Lord Shiva’s eyes. Thus, The genuine Rudraksha seedling has high value. 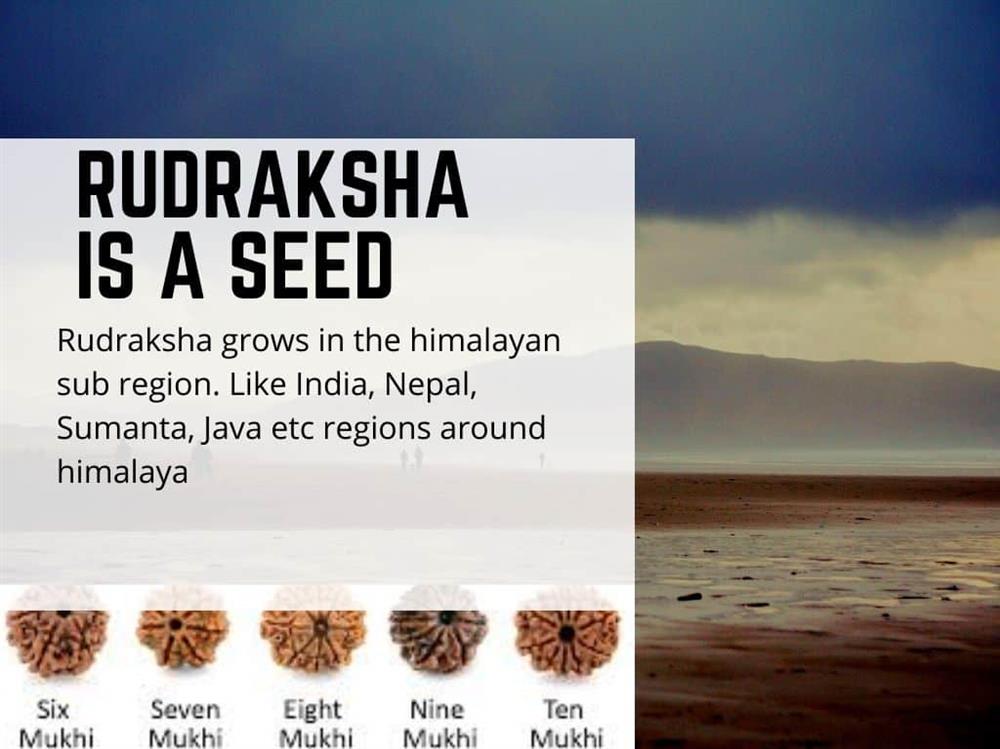 It has scientific properties, yet it is very mysterious and it is considered as highly holy and valuable by the devotees.